A good part of this week was spent trying to get Fetch up and going again. This first involved getting a new image of the software and a new SSD (easier said than done in both cases). Once we had access to these items, it was also trying to get the image to boot on the robot. It also required us to take apart Fetch until we could get access to Fetch's SSD and install our new one. This took a while, but eventually we were able to get things installed. 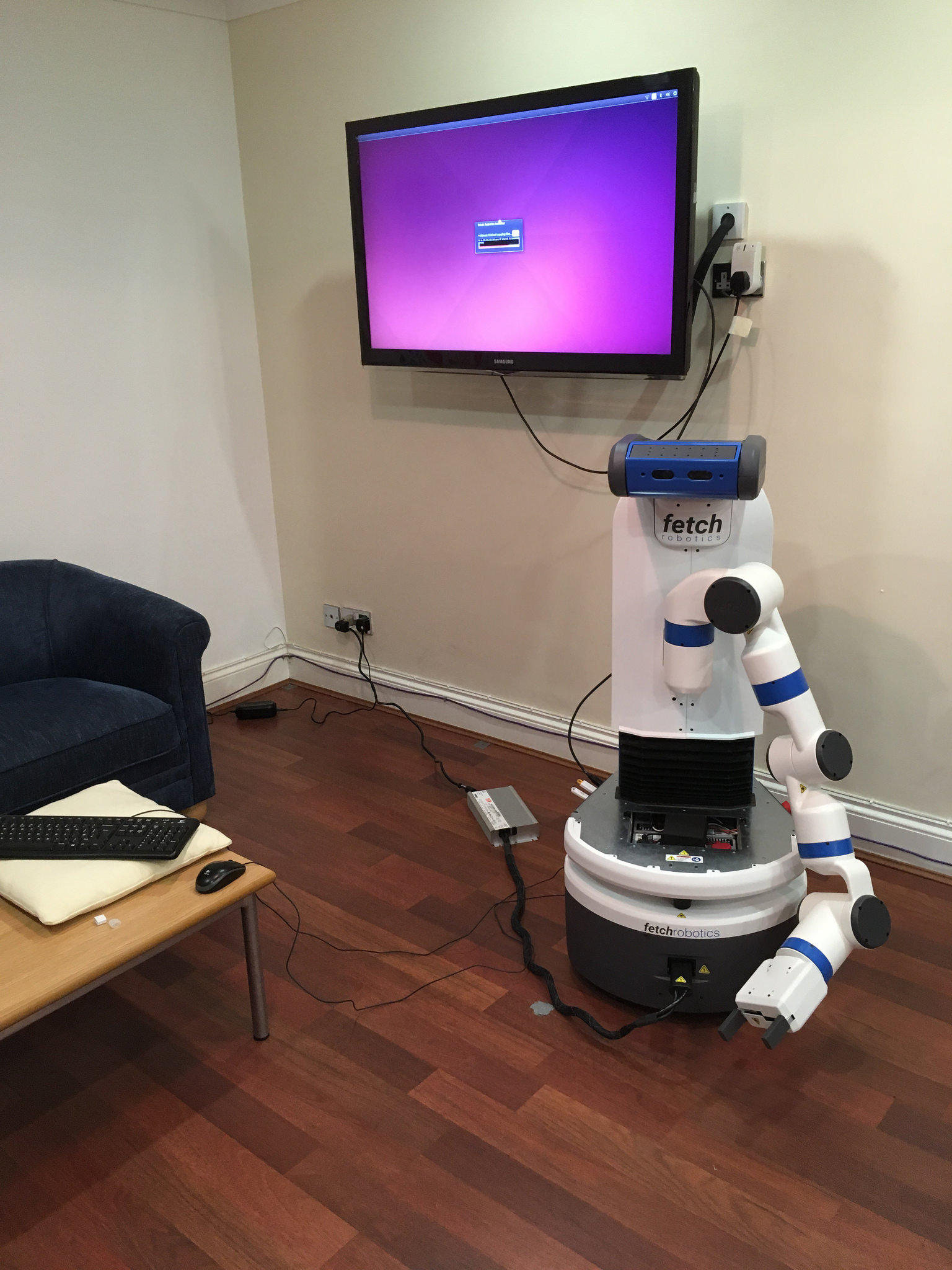 Unfortunately, Fetch's old SSD was thoroughly broken, so all the calibration data for Fetch was also gone. We were going to recalibrate Fetch anyway, but this meant we were starting from zero instead of building on its previous settings. Fetch's general calibration scheme is fun to watch. Basically, Fetch moves its arm around to many different positions and then lights on its hands help determine how close the hand is to its destination. You could imagine as the robot being amazed at all the degrees of freedom its hand has. 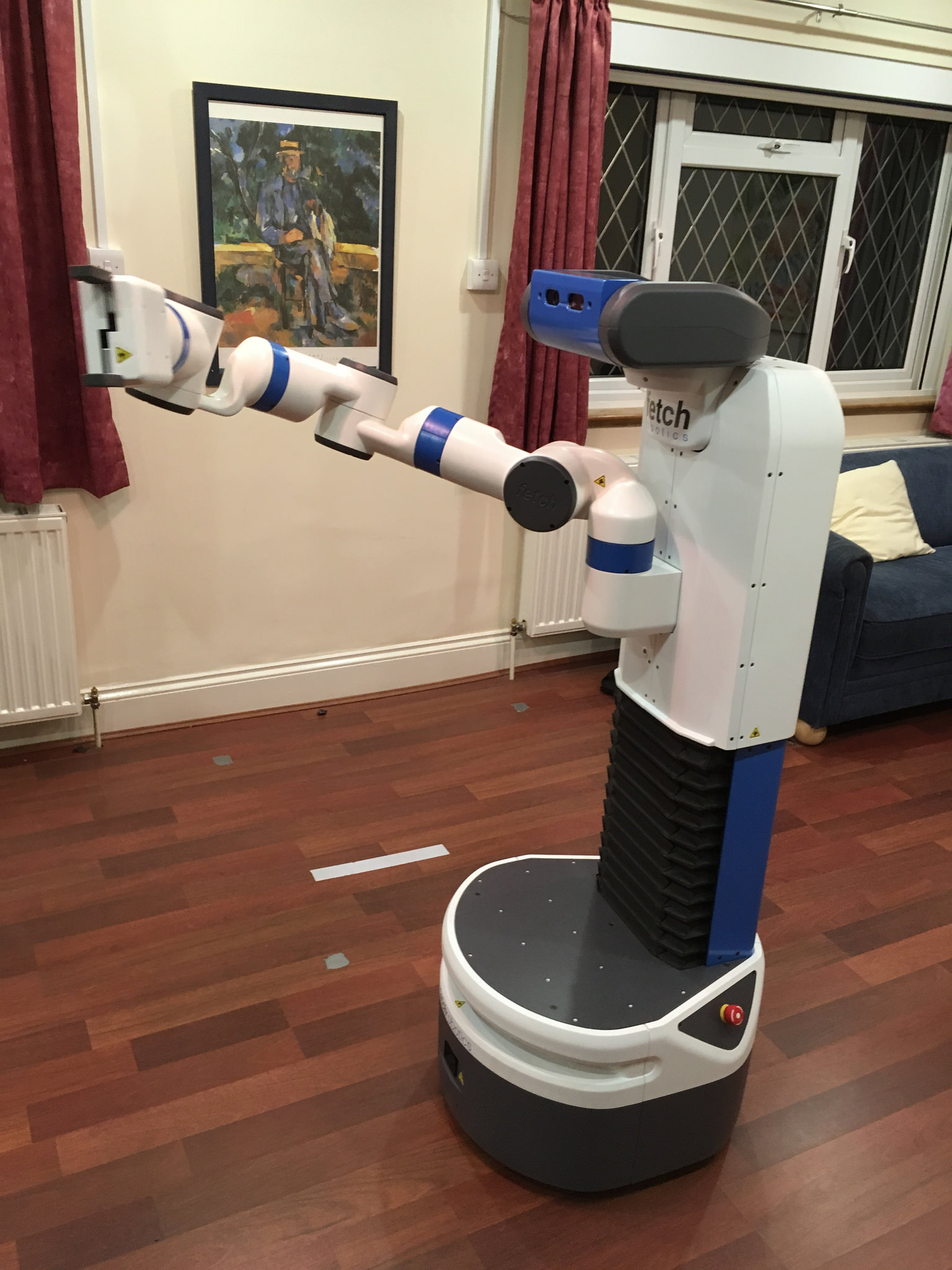 But things didn't line up and Fetch managed to swing its arm right into itself. I guess that is easy when a robot can't “feel” that. So, we had to start with a basic calibration for each joint and work our way up. By the end of the next day, Fetch's arm was moving OK as this short video shows.

I normally don't film in portrait, but it made it easier to catch Fetch's up and down movement.

Once the hand movement was calibrated, we took time to map the home again and set up some semantic points. This means you can tell the robot to travel to a room instead of picking a point on the map. So, by the end of the week Fetch was more or less ready for action.

Now, I just have to get my stuff ready. My navigation code still needs some tweaks. I'm still not satisfied with it, but it is close. And it's good that it is close because, I received my ethics approval on Friday. This is great news, but it means I very little time to get a lot of things in order.

On Saturday, I took some time for some culture. I went to a special showing of The Favourite. It was prefaced with a very short lecture about the historical characters and was followed up with a question and answer session all run by an older lady who had a PhD in that history period and loved going over the letters in the archives from that era.

Having gone out of my way to avoid learning too much about British Royalty, it was interesting to have a bit of context before seeing the movie. In addition, Hatfield House was used as the filming location and one of the characters originally lived in St. Albans. So, there was some local history as well. The film itself was pretty entertaining. We were informed that the movie makes no effort to be historically accurate, but instead tries to capture the personalities of the characters. Something the actors did very well.

The arrangers used a low-tech feedback method for the event. We were given sheets of paper to tear corners for our opinions. No pen required! Of course, you need to not lose the piece of paper during the event. Still, it was a method I hadn't seen before. 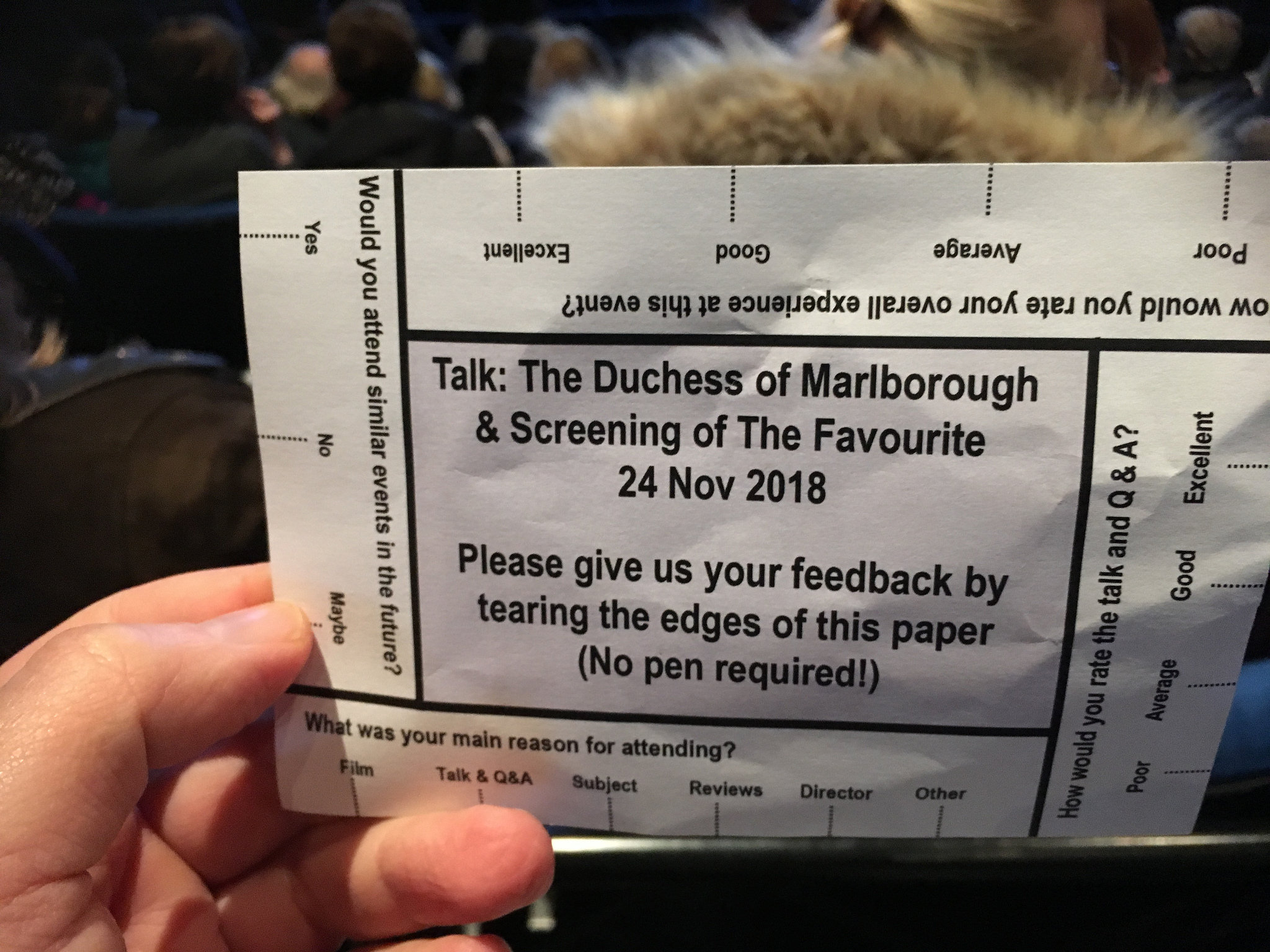