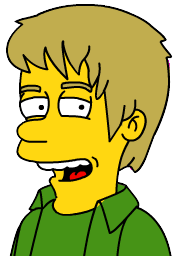 What's all this then? It's a quick summary of I have been doing in Hertfordshire. This thoughts are based on scribblings from the my journal that I have been keeping. But severly edited to limit your boredom.

I arrived on Friday. It took much longer than I expected. The flight was delayed and it was a long trip up from Gatwick to Welwyn Garden City (WGC for short). I found the place I'll be staying for the next 16 weeks.

The weekend I spent some time getting to know the area, I looked at how I would get to the university. It seems that public transport is prevelant, but very slow. It is much quicker to pedal there on a bike. I stopped into a bike shop and asked about rentals and conditions for biking, and it turned out that it makes more sense buy a bike and travel using that. Then, I used Sunday to bike down to Hatfield and the university to find the way and minimize my feeling of being lost.

It was good that I had spent my time doing that as Monday was filled with confusion and bureaucracy. I got to learn much more about visa in the UK, which was enlightening. It then turned out that we hadn't filled out the necessary paperwork for me to get an ID. So, after spending a few hours on all this, it was nice to meet Farshid, Keng Lee, and other people of the Computer Science department. I also got to quickly discuss some ideas for what I wanted to do, but was encouraged to look at several of the things that had been worked on at Hertfordshire and build on them as well.

On Tuesday, I got to meet Patrick and several other researchers in the Automated Systems group. Everyone seems very welcoming and nice. I got to see several different robots, including Kasper, Care-O-Bot4, and tour the lab.

The rest of the week was spent trying to get going for the experiment. I'm in a quantitative group at the moment, and I'm interested to see improve my skills here and see how they handle the ambiguity that is working with humans. The basic idea is to work with the Fetch robot in the Robot House. Fetch is a robot that can move much faster than the TurtleBot3 (1 m/s compared to 0.22 m/s). Fetch may also be good for a “fetch” scenario as the robot can go to a room and we can give Fetch what is needed. We have some initial ideas that I've noted down in my notebook, but they still need some work.

It was also a time of writing some code. It seems the last time that I actually looked at the slow in, slow out code was 5 July. But I was able to get things going pretty quickly. It even worked with Fetch (albeit with some “new” bugs). I found several things that could be improved, and some suggestions to make things work better. I've already implemented several of them.

I realize I haven't taken many pictures since I arrived. So, I'll just add a final picture here. It typifies what I've done after work. Since I don't have a desk at the place I'm staying, I've taken to visiting a pub and writing up some thoughts for the days. I also use it as a time to review my TODOs. More pictures next week. 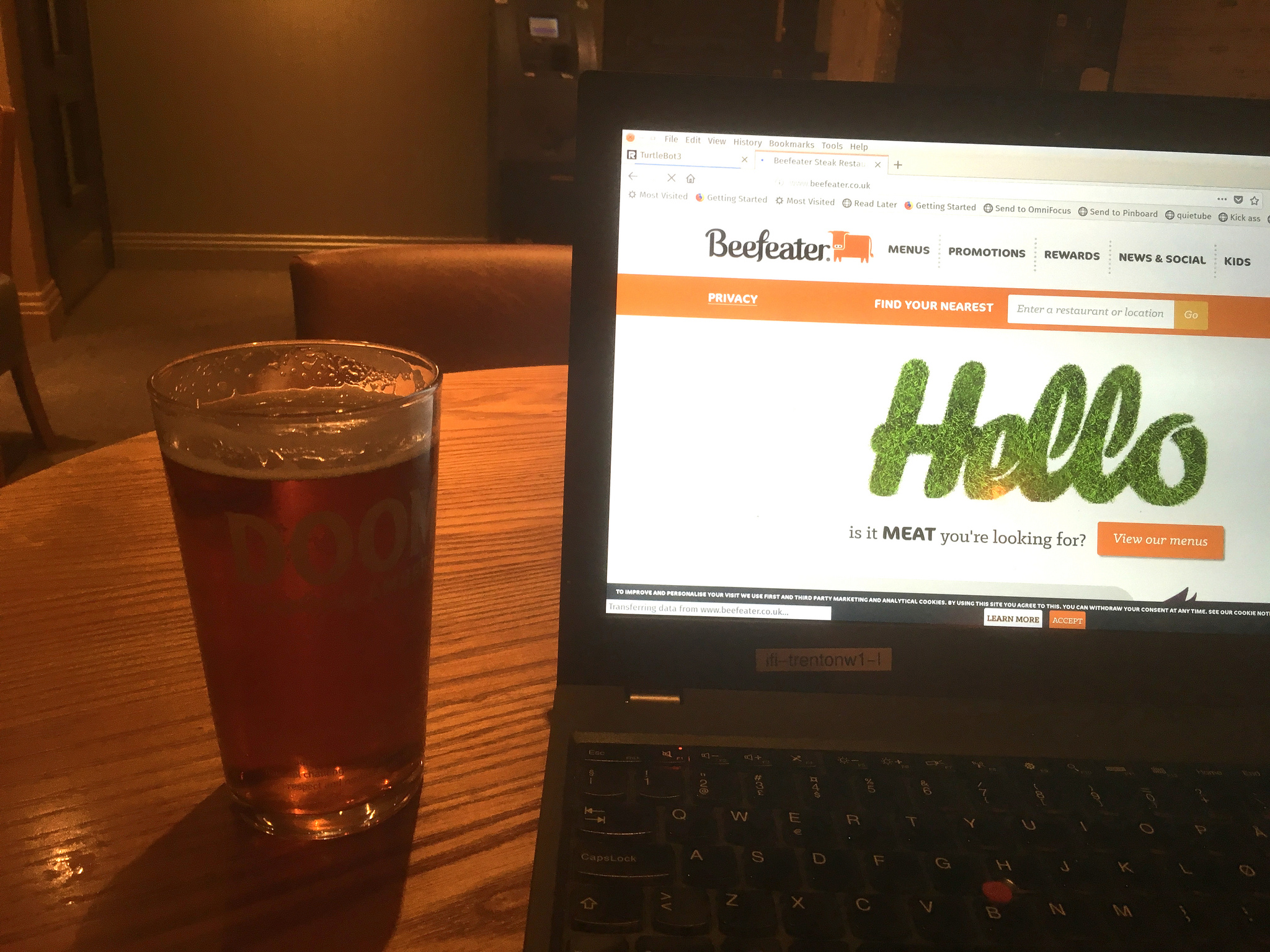